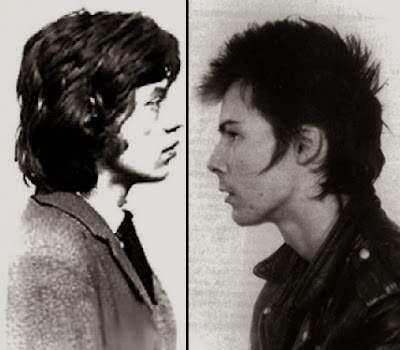 In a recent interview, the legend that is John Lydon revealed an interesting tidbit concerning Sir Mick Jagger.

It turns out that while Sex Pistol Sid Vicious was awaiting trial for the murder of his girlfriend, Nancy Spungen, Jagger stepped in the pay the legal fees.

In the fall of 1978, Vicious was charged with the murder of Spungen, who was found dead in the room she and Vicious shared at the Chelsea Hotel in New York City.

According to an interview with Lydon in the Daily Record, “Mick Jagger got in there and brought lawyers into it on Sid’s behalf,” he said, “I don’t think Malcolm (McLaren, Sex Pistols manager) lifted a finger. He just didn’t know what to do.” Lydon then adds, “For that, I have a good liking of Mick Jagger.” source
Posted by CDMartini at 10:29 AM