Stones Black Friday Got Live If You Want It 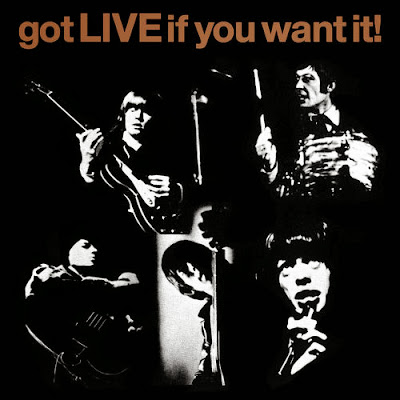 ABKCO Records, a proud participant in Record Store Day's upcoming "Back To Black Friday" independent record store event, is releasing Got Live If You Want It!, a 7" E.P. by the Rolling Stones on "Black Friday," November 29, 2013.

The set includes songs not found on the U.S. album of the same title. The tracks were recorded on the band's fifth British tour at concert dates in March, 1965 in London, Liverpool and Manchester and released in 1965. The E.P., their first live release, which went to #1 on the E.P. chart in the U.K. in June of that year.

The release serves an audio document of a time when the Rolling Stones, in their original line up of Mick Jagger, Keith Richards, Charlie Watts, Brian Jones and Bill Wyman, had become headlining sensations and were well on their way to being recognized as "World's Greatest Rock and Roll Band." source