Safe As Milk In Mono 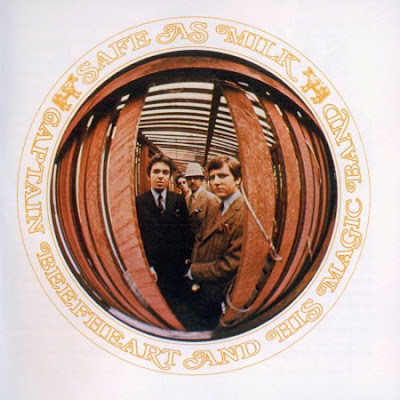 in gloriously un-compressed mono, and it’s a doozy.

introduced the world to a one-of-a-kind visionary whose unique output had no precedent in contemporary music. Beefheart, aka Don Van Vliet, filtered the raw influence of the blues and R&B through his own singular musical sensibility and left-field lyrical wordplay, and surrounded himself with some of the most talented and inventive young musicians around. The result was an album that, even in the heady year in which it was released, sounded like nothing else, and the stage for one of rock’s most iconoclastic and idiosyncratic careers.

180 Gram Vinyl Mono Edition HERE
Posted by CDMartini at 9:17 AM