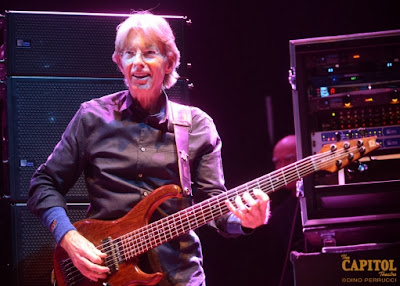 Phil Lesh has logged countless miles on the road as the bassist of the Grateful Dead and, since the late 1990s, in various post-Dead ensembles. But at 73, he is looking for a change.

Grayed and wiry, and still visibly in love with music, Mr. Lesh said he had been searching for a way to play regular concerts yet avoid the grinding tedium of the road. He has found it with an unusual deal to work exclusively with one promoter for 2014, putting on 45 shows in just a handful of venues.

After a kickoff show in Williamsburg, Brooklyn on November 14, 2013 the series will start in earnest in early April 2014 with the first of at least 30 concerts through the year at the Capitol Theatre. A 1920s movie palace with room for about 2,000 people, the Capitol is hallowed by Grateful Dead fans for 18 shows the band played there in 1970 and 1971. MORE HERE