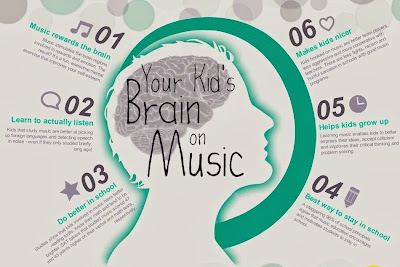 Music lessons in early childhood lead to changes in the brain that could improve its performance far into adulthood, researchers say.

Brain scans of young adults revealed that those who had formal musical training before the age of seven had thicker brain regions that deal with hearing and self-awareness.

The findings highlight how brain development can be influenced by the age that children start to learn a musical instrument, and how those changes can persist into later life.

"Early musical training does more good for kids than just making it easier for them to enjoy music. It changes the brain and these brain changes could lead to cognitive advances as well," said Yunxin Wang of Beijing Normal University. MORE HERE
Posted by CDMartini at 10:12 AM