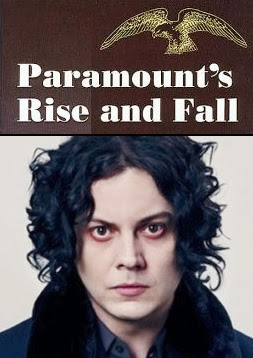 LIVE from the New York Public Library presents an evening of musical exploration and conversation, unpacking Paramount's rich history and celebrating the first volume of The Rise & Fall of Paramount Records 1917-1932

The program features a discussion with White, Revenant's Dean Blackwood, and Princeton professor and author Daphne A. Brooks, and close examinations of recordings from Paramount's catalogue by authors Greil Marcus and Scott Blackwood. Plus a special exhibition of artifacts from The New York Public Library's Rodgers and Hammerstein Archives of Recorded Sound curated specifically for this occasion will be on display before and after the event, exclusively for attendees.

By purchasing tickets to this LIVE from the NYPL event, attendees will receive a free 78 RPM record specially pressed for the event from Third Man and Revenant Records featuring two fiery sermons from the Paramount catalog.

Posted by CDMartini at 8:32 AM