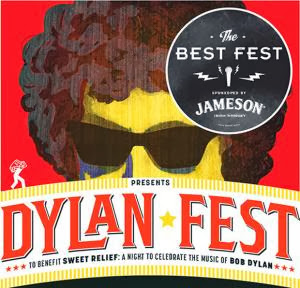 Dylan Fest returned to New York City last night (the first of two shows) to celebrate the music of Bob Dylan as part of an 11th annual set of concerts raising money for Sweet Relief, an organization that helps musicians in need of medical assistance.