Cher Believes Sonny Is In Hell 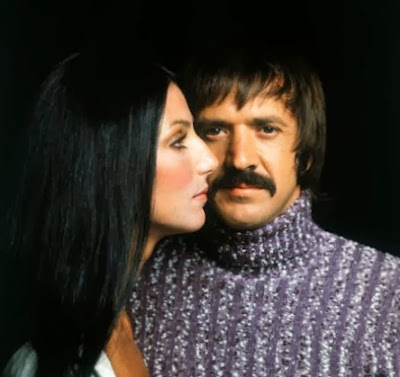 During a fan Q&A on Facebook, Cher was asked what she would say to Sonny if she had only a minute to talk to him today, to which she replied: 'How hot is it where you've come from?'

The powerhouse singer divorced Bono in 1975, after years of having suicidal thoughts during their marriage, because of his infidelities.

Cher said: 'Stardom made Sonny a huge womaniser. One woman, or even five, was not enough for him.'

The singer, in a 2010 interview with Vanity Fair magazine, said Sonny kept her in a tight grip and treated her ‘more like a golden goose than a wife’ during their 11-year union. MORE HERE

Posted by CDMartini at 8:39 AM