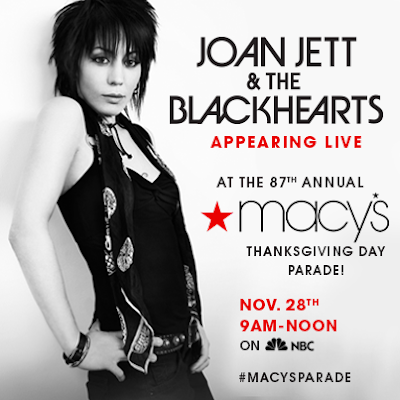 Rock star Joan Jett was removed from a parade float representing South Dakota in the Macy's Thanksgiving Day Parade after ranchers protested her appearance, saying she's a vegetarian and a critic of their livestock production.

Jett is a supporter of People for the Ethical Treatment of Animals, the world's largest animal rights group that promotes a vegetarian diet and condemns factory farms and ranches.

"I've decided to switch from South Dakota to another float because people's political agendas were getting in the way of what should be a purely entertainment driven event," Jett said in a statement Saturday. "I will remain focused on entertaining the millions of people watching, who will be celebrating a great American tradition." MORE HERE