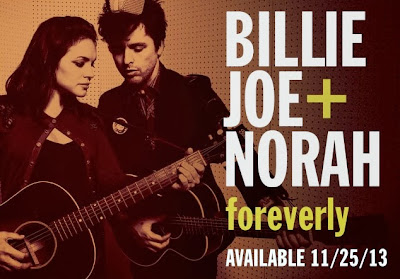 As previously reported, Green Day frontman Billie Joe Armstrong is pursuing a passion project with acclaimed singer/songwriter Norah Jones. The two have bonded over their love of early rock era pioneers the Everly Brothers, and they’re re-interpreting 12 songs on a disc called ‘Foreverly

.’ Two of the album’s tracks have surfaced ahead of the release. source

A lyric video for ‘Long Time Gone’ has surfaced and ‘Silver Haired Daddy of Mine’is below...