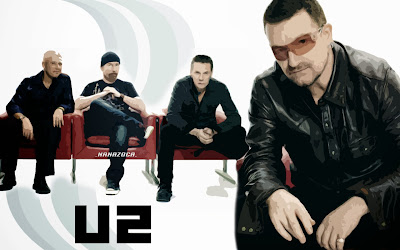 U2 is readying a new album for tentative release in April 2014 and is shopping for brand partners to announce the new project via a Super Bowl commercial.

Producer Danger Mouse has been at the helm of the set, which was recorded primarily at New York's Electric Lady Studios. source
Posted by CDMartini at 10:20 AM