Beastie Boys Still Fight For Thier Rights To Girls 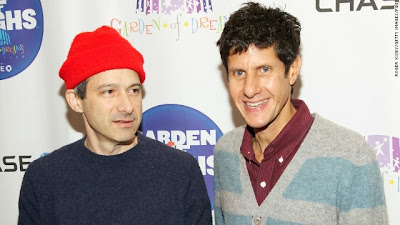 After a tenuous back-and-forth legal game of chicken, the Beastie Boys have officially counter-sued toy company GoldieBlox for copyright infringement stemming from their “Girls” parody commercial. According to counter-claim filled yesterday in New York, the group argue that the new version of the Licensed to Ill


GoldieBlox recently wrote an open letter to Mike D and Ad-Rock of the Beastie Boys. MORE HERE
Posted by CDMartini at 6:58 AM