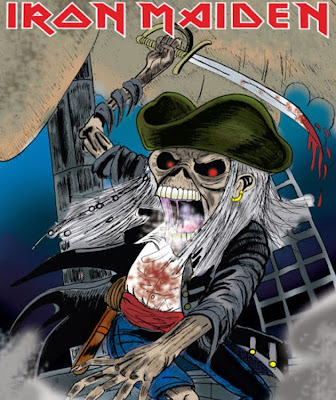 For more than a decade, musicians have battled rampant music piracy that has put labels and record stores out of business at a rapid pace. Unlike the shift to Amazon that did in the book store chains, record stores are suffering from outright theft, and the migration to iTunes or Spotify streaming isn't making up the difference.

Between 2003 and 2009, about one-third of all independent record shops in the U.S. closed their doors. That translates to 3,700 stores. The one bright spot is that the trend has slowed since 2008. In England, it's worse, with 70 percent of independent record stores disappearing in the last decade.

But some bands are dealing with the issue in a unique way. A U.K. company called Growth Intelligence aggregates data on U.K. companies to offer them a real time snapshot of how their company is performing. They capture everything from real-world data, like hiring of employees, to online indicators like email to online discussion. Its stats were compiled for the London Stock Exchange "1000 Companies That Inspire Britain" list. On that list were six music firms that outperformed the music sector, one of them being Iron Maiden LLP, the holding company for the venerable heavy metal band. MORE HERE & HERE