High Hopes From The Boss 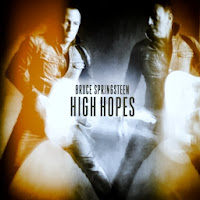 " album briefly became available for purchase and download via Amazon on Saturday (December 28, 2013).

" could be found on Amazon's mobile website in an MP3 format. It is unclear whether or not this was the website's intention. Since then, the album has become available through file-sharing websites by those who purchased the album through Amazon.

Amazon has since rescinded the ability to download the album, which was merely available by buying each song individually.

." It also marks the first album for the E Street Band, Springsteen's longtime backing band, since the announcement of its induction into the Rock and Roll Hall of Fame this April (2014). MORE HERE