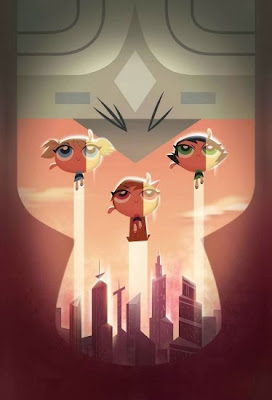 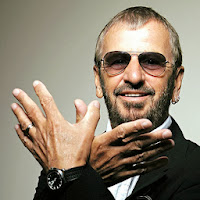 The Powerpuff Girls are returning to the Cartoon Network for a one-night special called “Dance Pantsed” on January 20, 2014 at 7:30 p.m. ET. To help celebrate their triumphant return to television, Bubbles, Buttercup and Blossom are bringing a friend with them: Ringo Starr.

The Beatles drummer will be appearing as Fibonacci Sequins, “Townsville’s most famous flamboyant mathematician”.

Aside from voicing a character, Starr will also contribute an original song and music video, “I Wish I Was A Powerpuff Girl,” to the special, which according to Variety,  reunites the original voice actors, Catherine Cavadini, Tara Strong, E.G. Daily, Roger L. Jackson, Tom Kane and our buddy Tom Kenny. MORE HERE
Posted by CDMartini at 1:55 PM