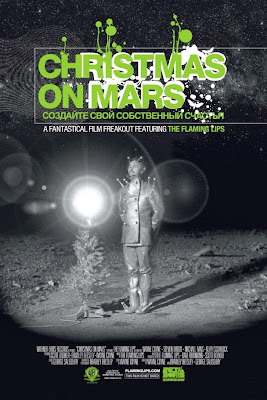 It's gone now, but The Flaming Lips put their entire movie 'Christmas On Mars' online for 24 hours. If you missed it, no need to worry ...it's available for purchase ...just click the link below.

' is The Flaming Lips 2008 sci-fi film. It tells the story of main character Major Syrtis and the first Christmas of the newly colonized Mars. Syrtis tries to organise a Christmas pageant to celebrate the first colonized birth.

The movie was written and directed by singer Wayne Coyne and features the entire band as the cast with Steve Burns, Adam Goldberg and Fred Armisen.