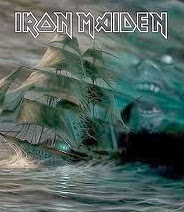 Wouldn’t it be awesome if heavy metal icons Iron Maiden leveraged data about which regions of the world pirated their music to plan a multi-million dollar global concert tour? Yeah, it’d be awesome, if it were true.

In the last 48 hours, tech and music outlets have heaped praise on the supposed the tech savviness of the 80s metal band, who allegedly analyzed Bittorrent data to plan a concert tour in South America. Like most things on the internet, it turns out it's simply not true; even we were hoodwinked. MORE HERE
Posted by CDMartini at 10:37 AM