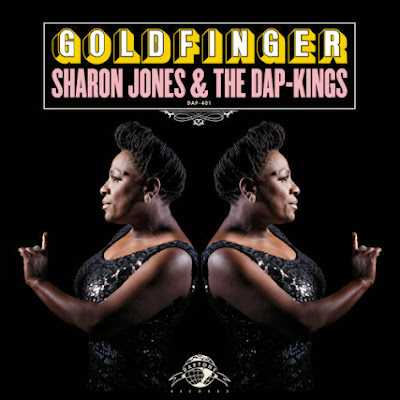 One of the most anticipated movies of the season is Martin Scorsese's Wolf of Wall Street, about a Machiavellian stockbroker played by Leonardo DiCaprio. What better song to accompany the movie on the soundtrack than "Goldfinger," borrowed from the classic James Bond film of the same name, and what better group to deliver the cover than Sharon Jones & the Dap-Kings? Sharon infuses the same sense of soul and mystery into the song as Dame Shirley Bassey did on the original but adds her own dose of funk. MORE HERE & HERE