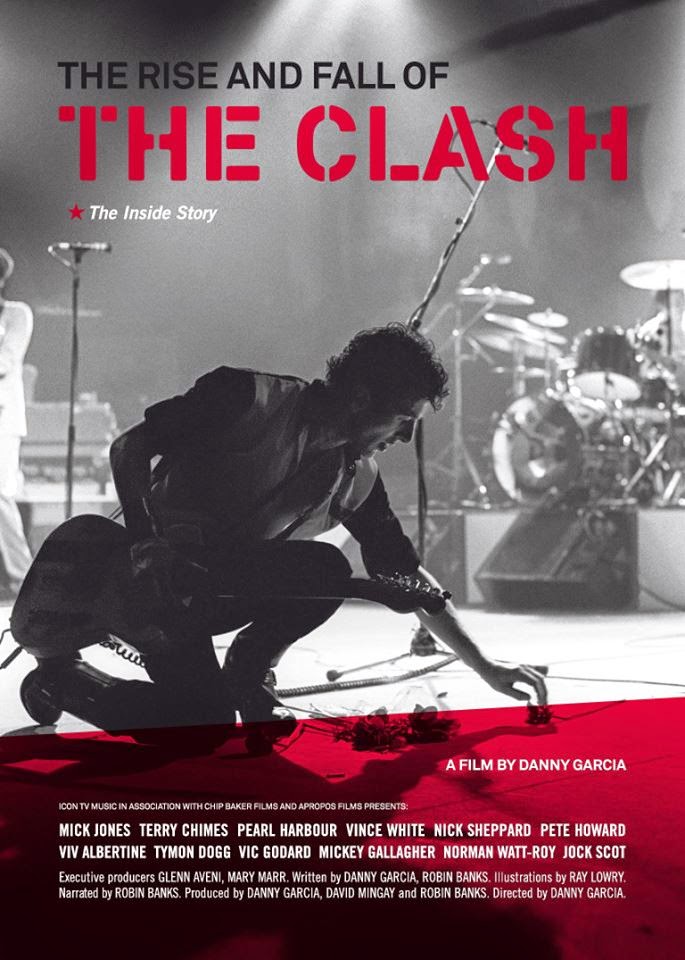 ’ has been released in the UK and North America on DVD.

Many will be pleased to finally own a copy especially those who weren’t able to see it in a cinema during a fairly limited set of screenings, especially outside of the UK.

The film focuses on the post-Mick Jones era of the band’s history right up to the very conclusion. In the US & Canada the DVD became available April 29, 2014. MORE HERE

Email ThisBlogThis!Share to TwitterShare to FacebookShare to Pinterest
Labels: mick jones, palladia, the clash, the rise and fall of the clash