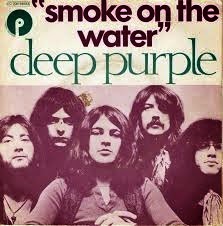 In their ongoing trip into the archives, Deep Purple'sreleased a brand new film clip of the iconic song "Smoke On The Water".

to create the video that paints a portrait of the Mark II version of the band, Ian Gillan, Ritchie Blackmore, Jon Lord, Roger Glover and Ian Paice.

Recorded in December 1971, incredibly the song only became in a hit on the Billboard charts when the live version from Made In Japan

rocketed into the mainstream. For a significant period, both the studio and live versions were in the US Top 10. source