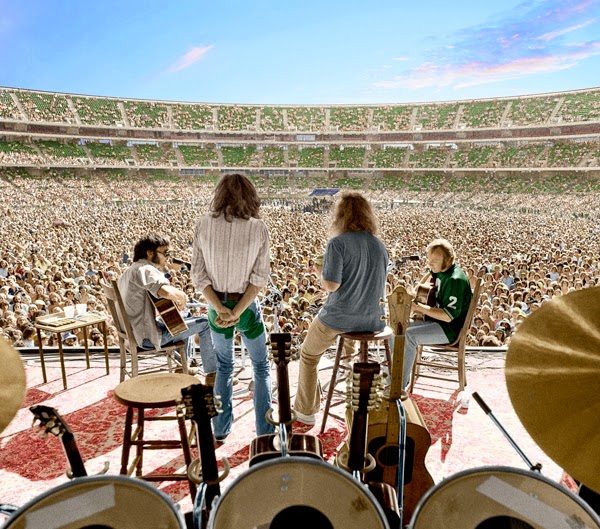 Having first split in 1970, the band reconciled their differences in time for an electric/acoustic reunion jaunt that kicked off on July 9, 1974 and saw them play 31 concerts in 24 cities over a whirlwind two months. Bob Dylan & The Band had played huge gigs earlier in the year, but the CSNY tour (produced by promoter Bill Graham) was the first mammoth stadium tour of its kind. It all ended at London’s Wembley Stadium on September 14, 1974.