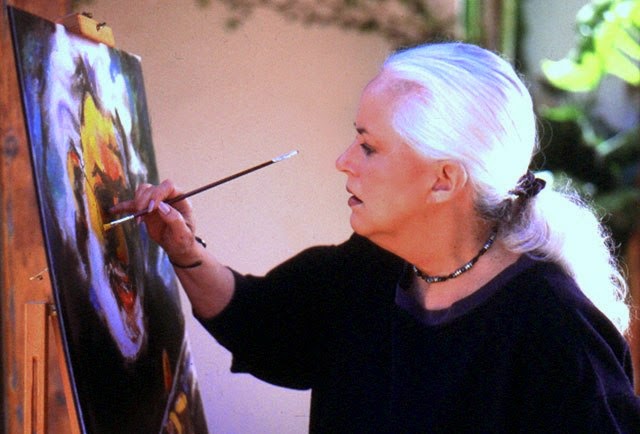 As one of the founding members of Jefferson Airplane, Grace Slick recorded legendary songs such as "White Rabbit" and "Somebody To Love." For more than 20 years, Slick participated in several incarnations of the band including The Jefferson Starship, Starship and several solo albums with Paul Kantner.

Slick retired from the music business in 1989 and now prefers a paintbrush to a microphone. Having started a new career in the visual arts in the mid-1990s, Slick's first art show was in Ft. Lauderdale in 2000. Since then, she has had over 100 exhibits and is represented by some of the best galleries in the United States.

The GRAMMY Museum welcomes Grace Slick, in association with Gallery 319, for an intimate conversation on June 17, 2014. Before the discussion, an exhibition of Grace's artwork will be on display, with her newest piece, High Tea being premiered. A portion of the proceeds of any art sold will benefit the GRAMMY Museum. After the discussion, Slick will be available to dedicate any artwork purchase.

During her tenure in Jefferson Airplane (and later Jefferson Starship and Starship), Grace Slick made history as one of the first women to front a rock & roll band. She also made a different kind of history as one of the few performers to appear at all three of rock's most famous and infamous festivals: the Monterey International Pop Festival, Woodstock and Altamont. Rolling Stone recently interviewed Grace Slick; read it HERE
Posted by CDMartini at 11:00 AM