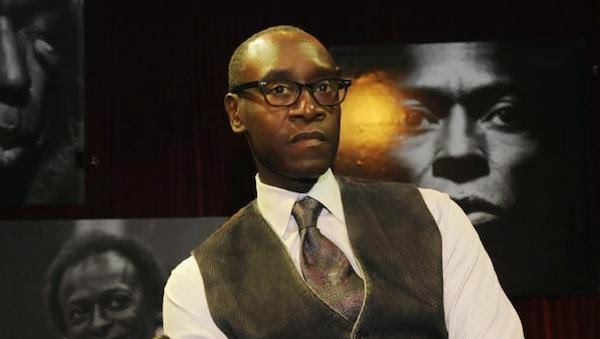 It appears that Don Cheadle's long-in-development Miles Davis project, is finally set to go into production, after years of uncertainty.

Cheadle will portray Davis and make his directorial debut in a long in-the-works biopic about the famed, groundbreaking jazz musician. Cheadle said he first heard about the project in 2006 when Davis was inducted into the Rock and Roll Hall of Fame.

The film is set to shoot starting in July of this year (2014). Herbie Hancock is on board as executive producer and musical supervisor. MORE HERE  & HERE

The film's title is Miles Ahead.
Posted by CDMartini at 12:20 PM