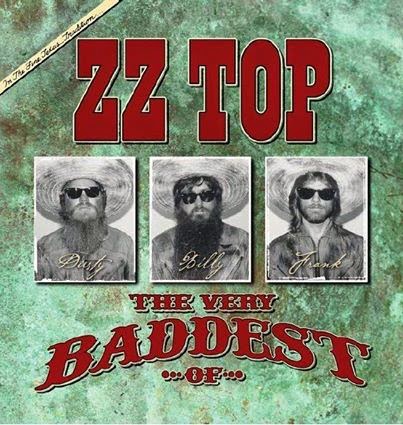 After more than 40 years of delivering blazing blues-rock boogie, ZZ Top is still going.  Now the Texas trio is set to celebrate its long career with a new compilation that will be released July 22, 2014, just in advance of the band's U.S. summer tour.

The Very Baddest Of ZZ Top

, which will be available as a single-CD collection and an expanded two-CD set, will feature a selection of the Rock and Roll Hall of Famers' biggest hits, as well as a variety of gems from throughout the band's career.  The one-disc version of the album contains 20 songs, while the double-CD set offers 40 tracks.

A number of the tracks are "single versions" currently unavailable on CD or digitally.  The two-disc edition finishes up with ZZ Top's rendition of the 1930s standard "As Time Goes By," which originally appeared as a hidden track on the Japanese version of the group's 2003 album, Mescalero