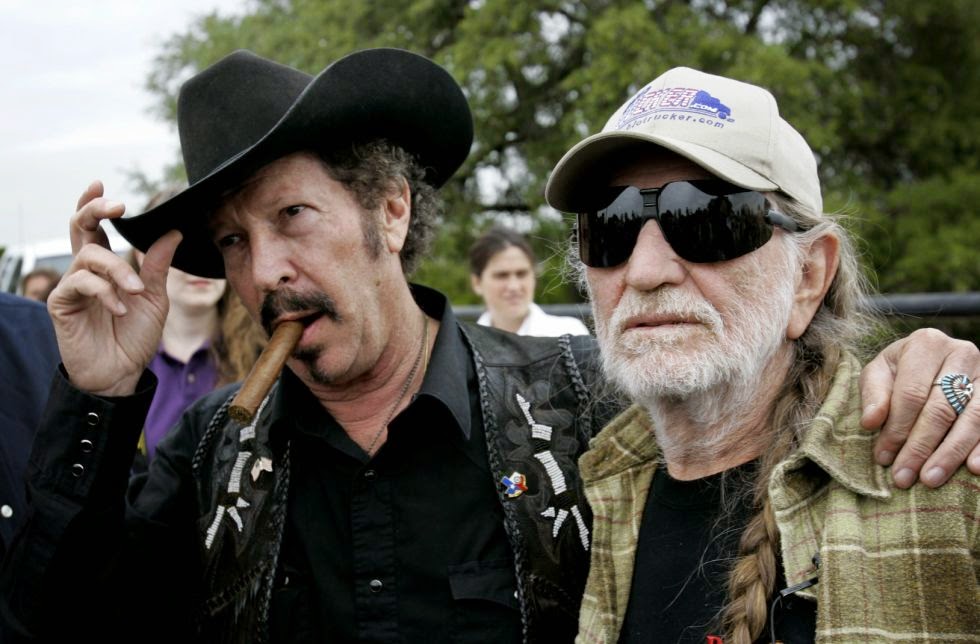 The legalization of marijuana, the cultivation of hemp, and the potential benefits to Texas' small farmers were the main topics of discussion.

Radio host Mike Meinke of the Notably Texan program,  spoke briefly with the two legends about their favorite green, leafy subject. Listen to the interview HERE

Willie Nelson's new album "Band Of Brothers" is set to release on June 17, 2014, and Kinky Friedman's hat is in the political arena once more with a runoff bid for Texas Agriculture Commissioner on May 27, 2014.