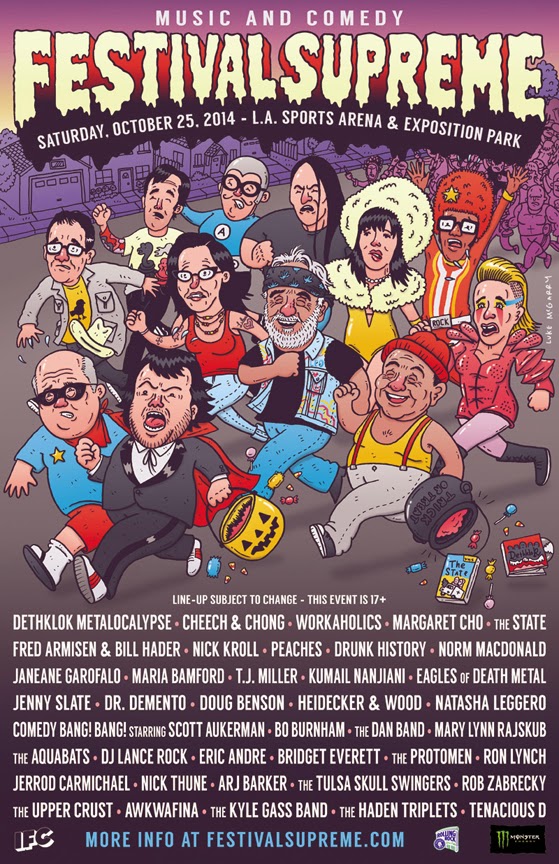 Rockers Tenacious D have made a living in the rock world for their comedy-laced approach to the genre — and, of course, having Jack Black in the band helps matters.

The band’s annual Festival Supreme, which brings together comedians and musicians alike, is coming back yet again in 2014. The festival, which will take place October 25, 2014 in Los Angeles, will bring out a number of comedy heavy-hitters in addition to the usual headlining set from Tenacious D themselves.

The comedy side of the fest will include Drunk History, Cheech and Chong, Fred Armisen & Bill Hader (billed together), our friends Margaret Cho, Arj Barker, Ron Lynch and Comedy Bang Bang w/Scott Aukerman ...and many more.

But the music side has its own formidable lineup too. Along with Tenacious D, the fest features Eagles of Death Metal, Peaches, the Kyle Gass Band and  the Protomen, a rock act known for composing concept albums loosely based on Mega Man. source