The Ride To The Other Side Of Poe 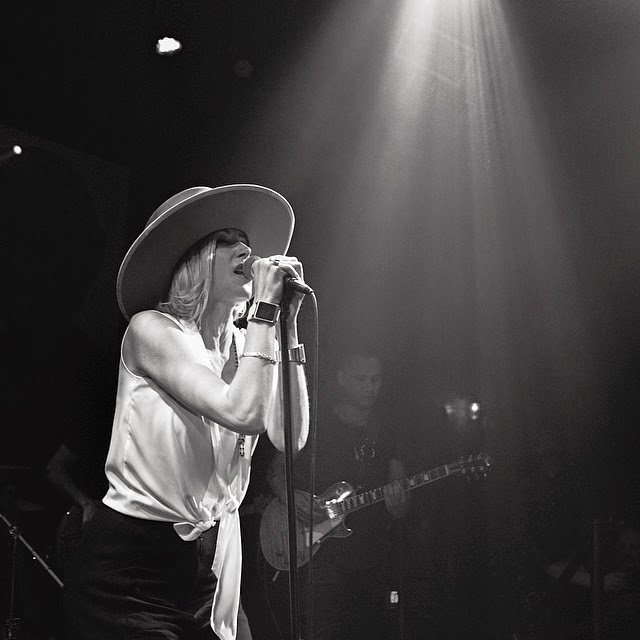 Tuesday night May 13, 2014 in Hollywood marked an unlikely surprise occasion: Poe returned to the stage at the Sayers Club for her first headlining show in about a decade. After her final tour in 2001 the singer only performed at charity events and surprise appearances, so this gig was somewhat of a comeback.

As nostalgia-inducing as it was to witness live versions of “Hey Pretty” and “Angry Johnny,” the evening was anything but a blast to the past because Poe’s sound – and especially her feminist and often subversive lyrics – were ahead of their time. To boot, she closed with new cut “The Other Side,” a roots-y stomper that continued the singer’s tradition of genre-mashing heard in the smoky, seductive “The Ride,” which was referred to as “an intro” of things that may come as opposed to an actual song.

Each was as engaging as the old favorites and instilled hope that there will finally be a third album and another proper Poe tour. MORE HERE

Email ThisBlogThis!Share to TwitterShare to FacebookShare to Pinterest
Labels: angry johnny, hey pretty, poe, sayers club, the other side, the ride