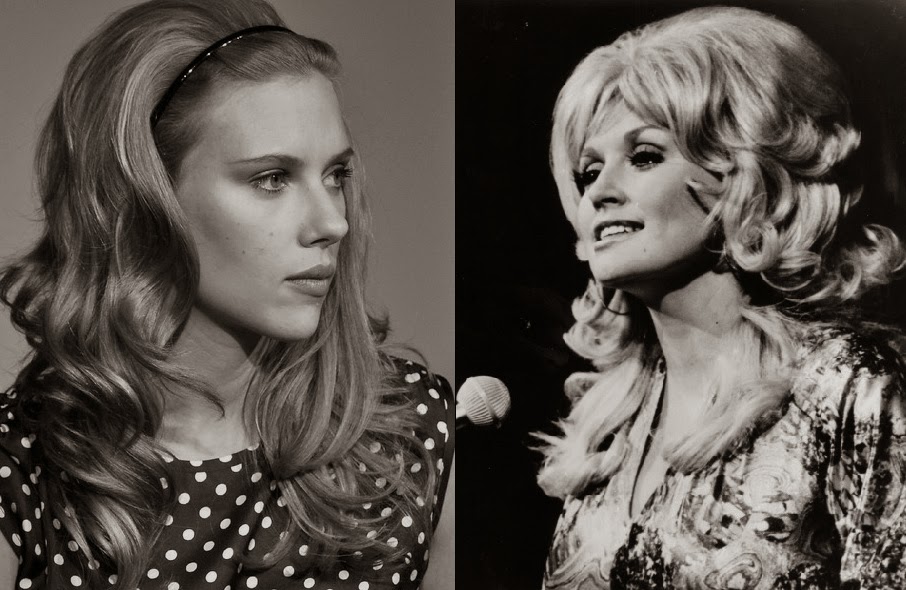 Dolly Parton has revealed who she thinks might play her in a movie about her life.

The 68-year-old country singer has been in the music industry for decades and has also dipped her toe into acting over the years. Giving hints about an upcoming biopic based on her, Dolly thinks Scarlett Johansson would make a good candidate.

Dolly Parton in her prime was known for her bodacious body and her Hollywood sex appeal, so it's a no-brainer why producers want Scarlett Johansson as their leading lady. Scarlett also released an album of Tom Waits covers in 2008 entitled Anywhere I Lay My Head

Posted by CDMartini at 8:30 AM