Dolly Parton's Bust Is Out 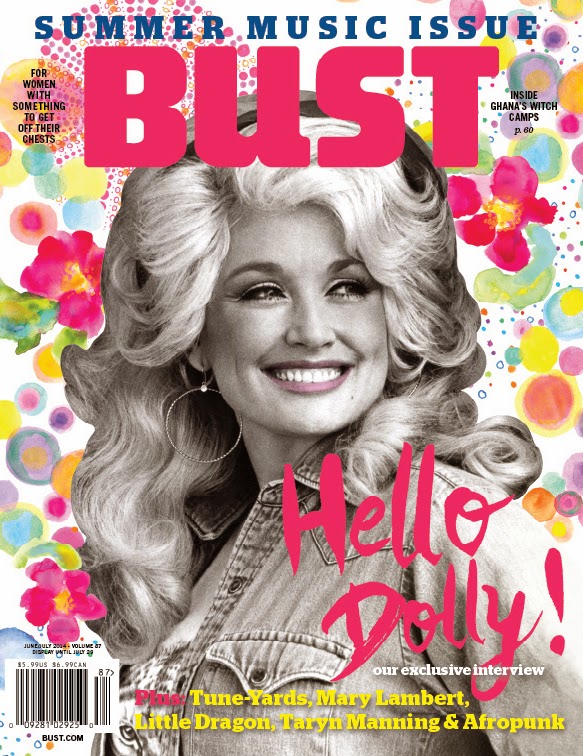 To put it simply, Dolly Parton is a force of nature. She is the single most successful female country artist of all time--selling over 100 million records--and she's living up to that title at a fabulous 68 years old. She's invincible.

BUST magazine’s June/July Summer (2014) Music Issue, features Dolly on the cover! There's an exclusive interview with the icon, in which she spills the beans on her inspiration, her childhood, and, of course, feminism.

Recently, Dolly performed live on QVC in front of a Nashville audience with new songs off her latest release “Blue Smoke

”. The QVC package included an exclusive live CD and its still available HERE