Sounds Of Laurel Canyon At The Grammy Museum 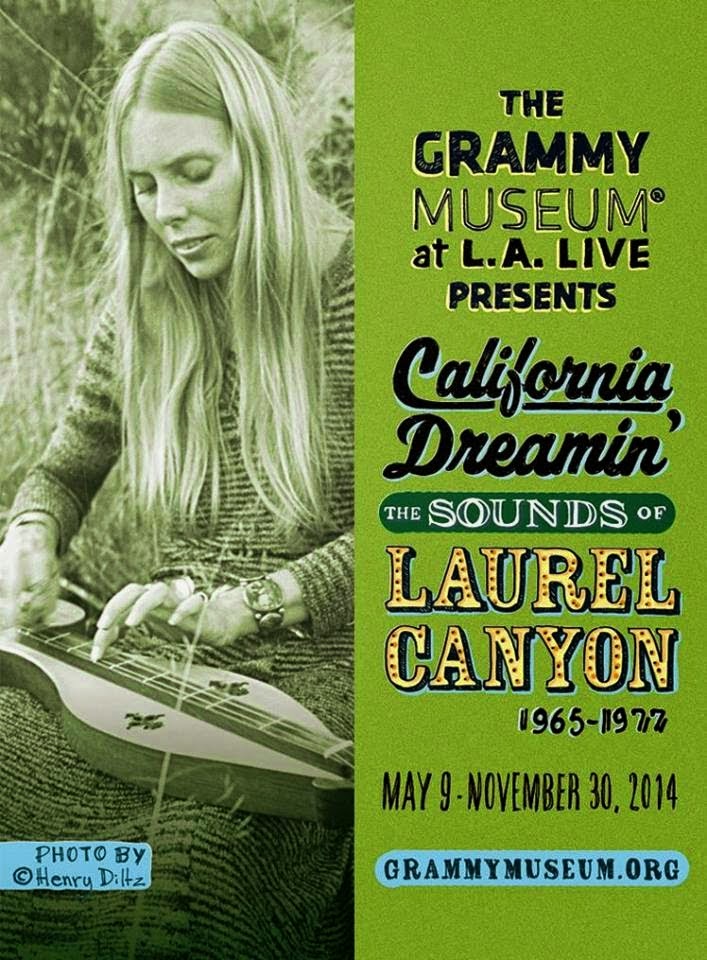 Laurel Canyon wasn't much to look at — a few modest bungalows and log cabins crammed between an occasional faded mansion that had been left over from the days when it was a secluded, semi-rural retreat for Hollywood's silent-movie stars.

And yet from the quiet of the densely wooded canyon came a music revolution that would change popular culture.

The likes of David Crosby and Graham Nash worked on their music — or in some cases created new genres like folk-rock and country-rock — pretty much in anonymity during the 1960s and 1970s, in a place where no one bothered to go in those days unless they lived there.

Now, the sights and sounds of the canyon have been captured and transported from its narrow serpentine streets to downtown LA's Grammy Museum in an exhibition called "California Dreamin': The Sounds of Laurel Canyon 1965-1977." MORE HERE
Posted by CDMartini at 9:25 AM