Neil Says No To Pipeline 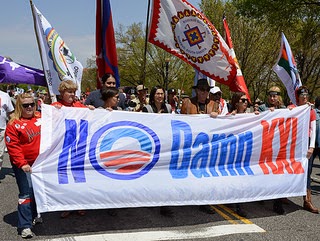 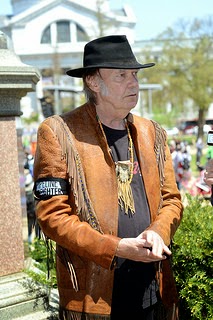 Thousands of climate justice activists gathered for a rally and march in opposition to the Obama administration's pending approval of the further extension of the Keystone XL tar sands oil pipeline. Groups represented included the Cowboy And Indian Alliance, The Sierra Club and many others. Famed musician and stalwart social justice activist Neil Young addresses the press in front of the Smithsonian Castle. MORE HERE & HERE