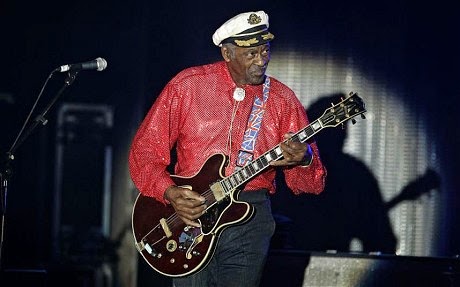 Rock 'n' roll pioneer Chuck Berry is to be honoured with an award said to be the musical equivalent of a Nobel prize.

The Johnny B Goode musician is one of two recipients chosen for this year's Polar Music Prize, following in the footsteps of figures such as Sir Elton John, Bob Dylan, Pink Floyd and Led Zeppelin.

The award was founded by the late Stig Anderson, who was the manager and publisher for music stars Abba. It was created to "break down musical boundaries by bringing together people from all the different worlds of music".

Berry, known for hits such as Roll Over Beethoven and Maybellene, was at the forefront of rock 'n' roll in the late Fifties.

Rolling Stones guitarist Keith Richards has said of the 87-year-old: "I lifted every lick he ever played - this is the gentleman who started it all." MORE HERE