Buddy Guy : The Blues Doctor Is In 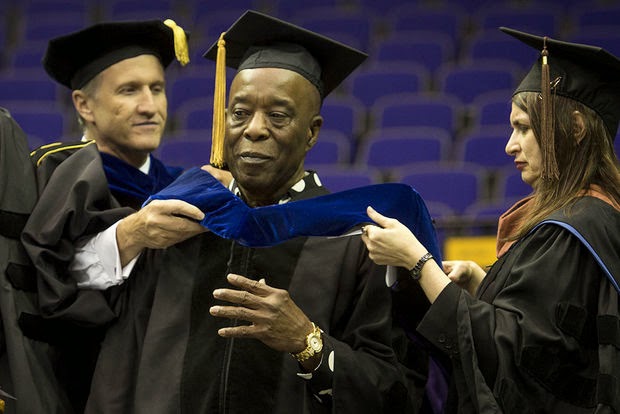 Buddy Guy flew home for a quick trip to Louisiana this week but when he leaves, he'll be Dr. Buddy Guy.

The blues great joined the largest class to ever graduate LSU on May 15, 2014 to receive his honorary doctorate degree "for his distinguished music career".

Guy worked in LSU's facility services department from 1955 until 1958 before leaving the state to pursue a music career in Chicago. That choice was a good one, obviously, because he has since picked up six Grammys and his work has influenced a number of musicians like John Mayer, Jimi Hendrix, Jeff Beck, Eric Clapton and Stevie Ray Vaughn. MORE HERE