Attempting To Defend The Eagles 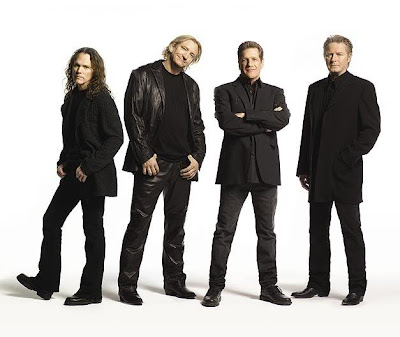 Mike Seely at the L.A. Weekly attempts to point out the Eagles virtues...

Shitting on the Eagles is basically a national pastime for hard-core Americana fans. In fact, while there are several brilliant artists that alt-country loyalists are apt to bond over, dislike of the Eagles may be the single most prevalent and unifying force.

Yet while there is ample cause to loathe the Eagles, the band's raw output leaves no doubt that they're among the most influential bands in Americana history, especially when taking into account some of the insurgent acts of today. MORE HERE
Posted by CDMartini at 8:32 AM