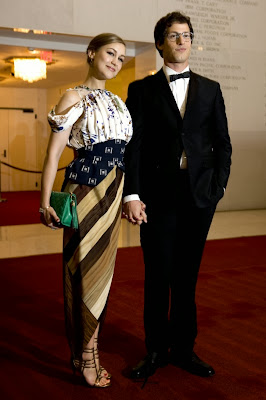 The pair began dating in 2008 after Samberg began falling in love with Newsom's music. He liked her music and would go to her shows. He had the biggest crush on her said a friend to Us Weekly. The couple became engaged February 2013. It seems that Samberg is just as smitten with his wife; he's still gushing over her in the current issue of Glamour magazine. MORE HERE & HERE
Posted by CDMartini at 10:10 AM