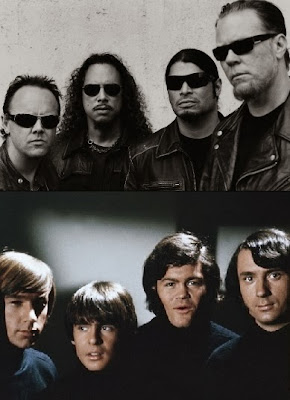 Karen Bliss of Rolling Stone magazine sat down with James Hetfield for an interview wherein he describes his inspirations for the film:

, thinking even the Monkees movie [Head

], or the Beatles. Read it HERE

Email ThisBlogThis!Share to TwitterShare to FacebookShare to Pinterest
Labels: head, james hetfield, karen bliss, metallica, metallica through the never, rolling stone, the beatles, the monkees, the song remains the same, the wall