A Night With Janis Joplin On Broadway 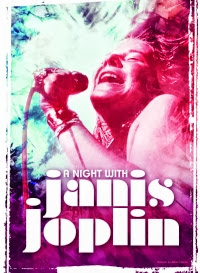 The critically acclaimed A Night With Janis Joplin, which has played numerous regional venues around the country, began previews on Broadway September 20, 2013 at the Lyceum Theatre. The cast offered a special preview performance July 29, 2013 at B.B. King Blues Club (above).