The Music of Inside Llewyn Davis Celebrated 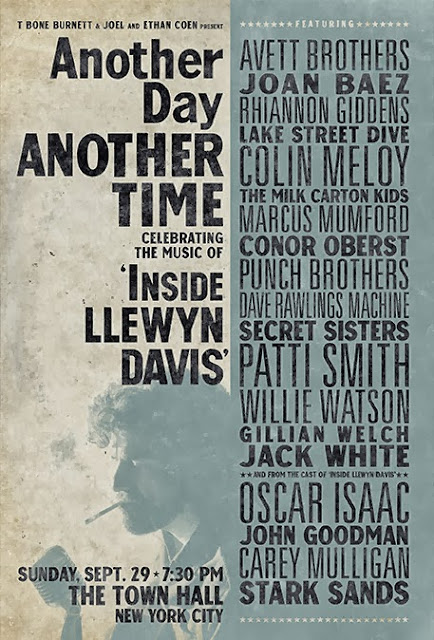 A host of music stars came together last night (September 29, 2013) for Another Day, Another Time: Celebrating The Music of Inside Llewyn Davis, a fundraising concert for the American non-profit, the National Recording Preservation Foundation.

Jack White, Marcus Mumford, Elvis Costello, Patti Smith and many more were amongst those appeared at the sold-out, three-hour long folk music concert, which took place at New York's prestigious Town Hall venue. Inspired by the forthcoming new Coen Brothers film, Inside Llewyn Davis, which is released on January 24, 2014, the film featured music from the T Bone Burnett-helmed soundtrack

as well as the classic folk songs which inspired the movie, which is set in Greenwich Village in 1961. MORE HERE, HERE & HERE
Posted by CDMartini at 9:52 AM