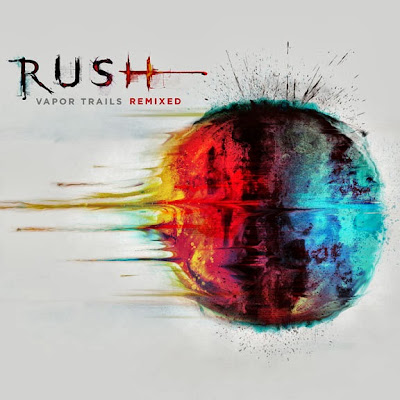 Rush fans were ecstatic when the group returned from a six-year hiatus with their 2002 LP, Vapor Trails

, but some noticed that the record didn't quite sound right. "We overcooked it," bassist/singer Geddy Lee says now. "The mixes were really loud and brash. The mastering job was harsh and distorted."

Lee came to this realization not long after the record came out, but there was little he could do to fix the situation. Now, eleven years later, Rush fixed the situation by hiring producer David Bottrill to remix the album.

The remixed version of Vapor Trails

hits shelves on September 30, 2013 but, thanks to Rolling Stone, you can hear a stream of it HERE.
Posted by CDMartini at 9:38 AM