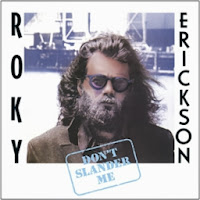 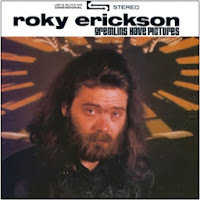 tweaks the musical formula a little and the lyrical stance a lot but Roky's voice remains at the center of the sound. Erickson, who had grown more troubled in the years between this and The Evil One

Erickson began another downward spiral after that, which led to the release of Gremlins Have Pictures

as a way to fill in what turned out to be a very wide gap. Collecting various singles, demos and live cuts from the ‘70s and early ‘80s, the record ranges all over the map; it includes a live version of the odd but classic “Cold Night For Alligators”. MORE HERE

Email ThisBlogThis!Share to TwitterShare to FacebookShare to Pinterest
Labels: cold night for alligators, don't slander me, gremlins have pictures, light in the attic records, roky erickson, starry eyes, the evil one