The Tropico Of Lana Del Rey 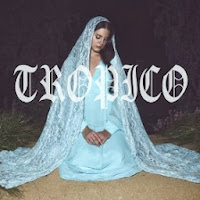 Lana Del Rey has unveiled her Tropico film (above).

The 30-minute film was written by the singer and also stars actor Shaun Ross. Directed by Anthony Mandler, it features the tracks 'Body Electric', 'Gods And Monsters' and 'Bel Air'. All three songs originally featured on 'Born To Die - The Paradise Edition

' and will be released as an EP titled 'Tropico


According to a statement, "Tropico is an epic tale based on the biblical story of sin and redemption and features Del Rey starring as Eve. The three-part story begins in the Garden of Eden and travels through time to modern-day Los Angeles." MORE HERE

Lana Del Rey has announced that her second album will be titled 'Ultraviolence'. See HERE