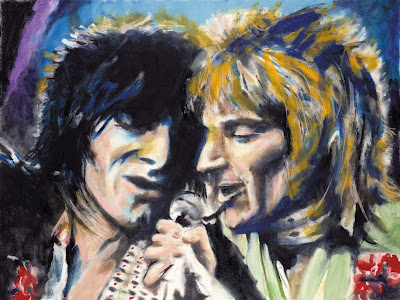 Rod Stewart has revealed a Faces reunion with Rolling Stones guitarist Ronnie Wood is back on and earmarked for 2015.

In a new interview with Boston radio station WZLX, the rock icon opened up about the plans to stage a full reunion once Wood's ongoing commitments with the Stones have ended.

After many stalled attempts to get the existing four-piece back together, it's beginning to look like Stewart is making big plans for 2015. He said, "I think we have got much more of a chance of getting the Faces back together, in fact, Ronnie's office is talking to my people, and we're earmarking 2015." source