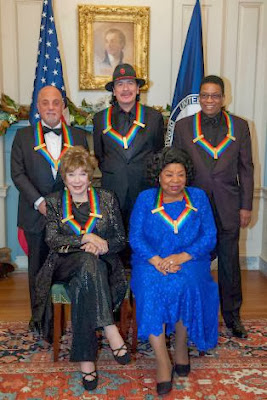 President Obama and Michelle Obama joined a rare mix of Hollywood stars and presidential cabinet members at a gala for the artists at the Kennedy Center on Sunday December 8, 2013. CBS will broadcast the event on December 29, 2013.

“I am a little disappointed that Carlos Santana wore one of his more conservative shirts this evening,” Mr. Obama said. “Back in the day, you could see those things from space.” MORE HERE & HERE

Photos HERE
Posted by CDMartini at 10:18 AM