Rush In No Hurry 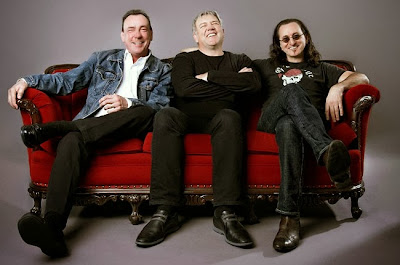 Rush are taking at least a year off – but guitarist Alex Lifeson says the hiatus doesn’t mean the end of the road.

recorded during the tour plus a box set

On top of that, Lifeson himself won the Spirit Of Prog award at the Classic Rock Roll of Honour ceremony last week.

“We’ve committed to taking about a year off. We all agreed when we finished this tour, we were going to take this time off. We weren’t going to talk about band stuff or make any plans. “We committed to a year, so that’s going to take us through to the end of next summer. That’s the minimum,” he said. source
Posted by CDMartini at 10:00 AM