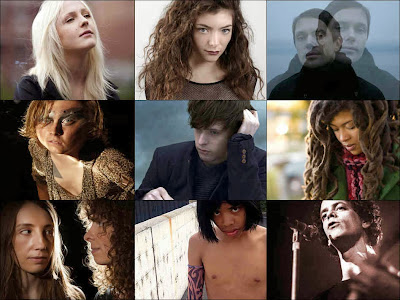 What defined music in 2013? All Songs Considered kicks off NPR Music's year-end coverage by humbly submitting the following themes for your consideration: The long-awaited return of legends. New favorites who arrived fully formed. The triumph of elaborate promotion. The sneak-attack album drop. On this special edition of the show, Bob Boilen and Robin Hilton are joined by NPR Music's Stephen Thompson and Ann Powers for a roughly chronological tour through the musical high points of the year. They actually pick some good one's and slightly pepper the list with bad one's... Check it out HERE
Posted by CDMartini at 8:44 AM