No Amnesty For Pussy Riot 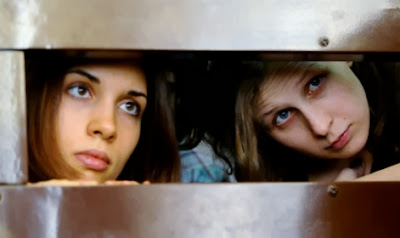 The Russian prime minister, Dmitry Medvedev, has hinted that members of the punk band Pussy Riot and others widely referred to as political prisoners will not be freed in an forthcoming amnesty.

The bill granting long-awaited amnesty for thousands of Russian prisoners is expected to be sent to the Russian parliament in the coming days.

Medvedev said in a television interview on Friday (December 6, 2013) that Russians were "not inclined" to grant amnesty to those who had committed violent crimes and "crimes against society including hooliganism", an obvious reference to the Bolotnaya protesters and Pussy Riot. Medvedev insisted Russia had no political prisoners. source