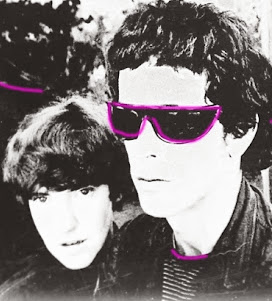 Former Velvet Underground drummer Maureen Tucker reminisced about Lou Reed in a tribute published yesterday (December 15, 2013) in the British Sunday newspaper The Observer, recalling her onetime bandmate as a "great songwriter" and a "good and loyal friend."

Tucker remembered listening to records in Reed's apartment in Greenwich Village where he impressed her with the subtleties he picked up from what she described as an "extraordinary record collection: old 45s of 1950s rock & roll and doo-wop singers I had never heard of."

Though she acknowledged Reed's grumpy side, she said it was a result of his perfectionism. source
Posted by CDMartini at 10:24 AM