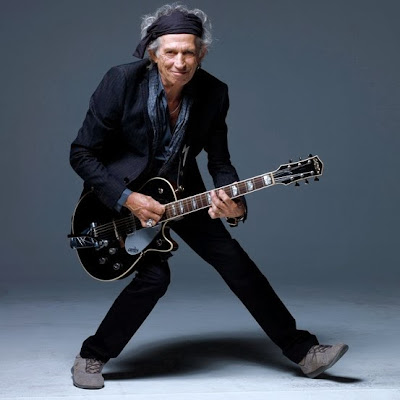 In late 1966, Keith Richards was hearing things. The Rolling Stones guitarist and songwriter had in mind a series of strong, bluesy chords and a melody line based on French police-car sirens. But he couldn't quite reproduce the way he envisioned it sounding—dry and crisp, with a "garage" feel Then he purchased an early Philips cassette tape recorder and, using an acoustic guitar, created the basis for what would become "Street Fighting Man."

With the approach of his 70th birthday on December 18, 2013, Mr. Richards talked about how he and drummer Charlie Watts crafted the song's minimalist acoustic sound, why Mr. Richards played electric bass and not Bill Wyman, and the special way he hit the strings to get his signature sound. Edited from an interview HERE
Posted by CDMartini at 8:50 AM