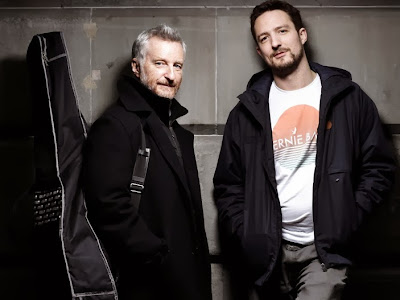 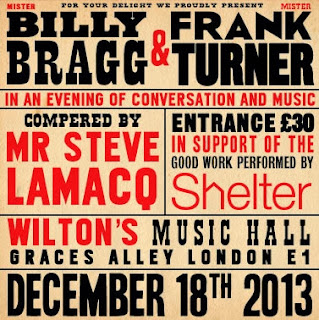 Billy Bragg (above left) and Frank Turner (above right) make an unlikely duo. The former is the 55-year-old patron saint of leftist causes whose political blooding occurred during the miners’ strike of the 1980s; the latter is Eton-educated, 24 years Bragg’s junior and a rather different kind of anti-authoritarian. Turner has inherited Bragg’s folk-punk mantle, adapting the tradition in a way that appeals to teenagers more interested in stage-diving than waving placards.

Now the two musicians have come together for a street-busk and concert, both events in aid of Shelter, the homelessness charity. MORE HERE

Also, both singers appeared on a Channel 4 documentary entitled Get Folked: The Great Folk Revival recently.

Frank Turner official website
Posted by CDMartini at 8:29 AM