Adele In Most Excellent Order of the British Empire 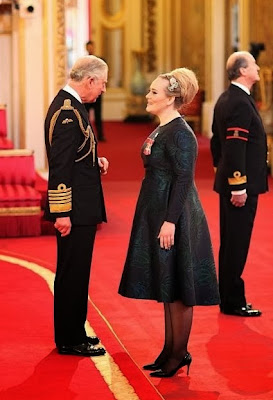 Adele has received numerous accolades for her chart-topping album and hit songs, but none could arguably compare to a royal honor.

The 25-year-old singer was honored Thursday December 19, 2013 by Prince Charles at Buckingham Palace with the MBE medal, which is given to exemplary British subjects. source
Posted by CDMartini at 9:48 AM